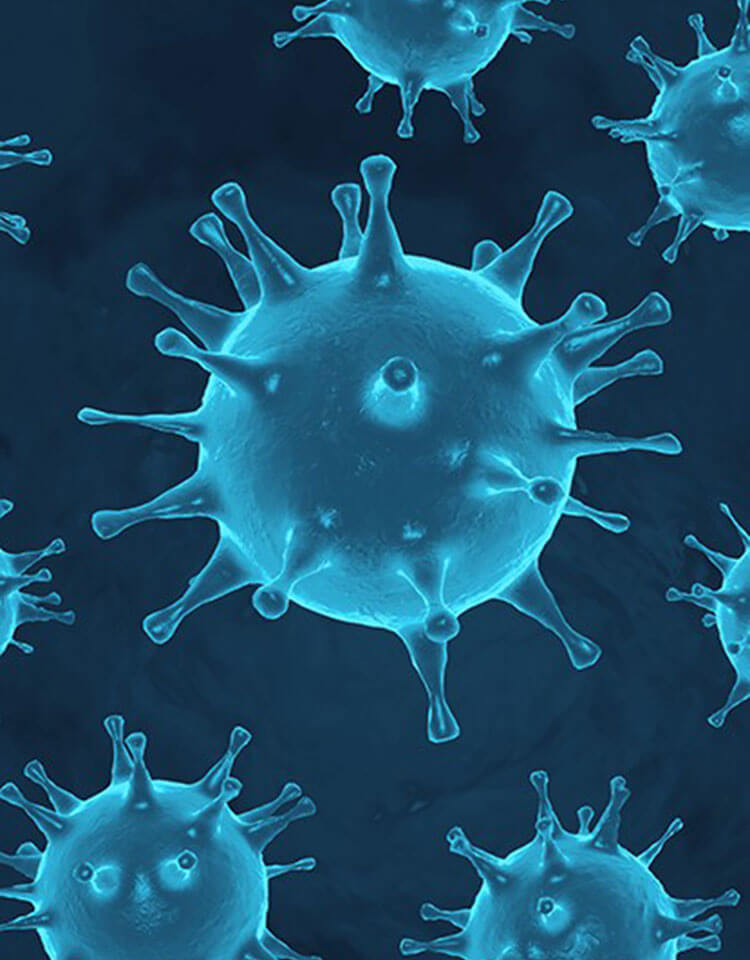 How Covid-19 Changed The Digital Landscape

Very hard times have hit the whole world in the form of a devastating Pandemic that is Covid-19, the “CoronaVirus”.  Never before has the world experienced such a world wide interruption that has brought everything to a complete standstill whilst succeeding in uniting the planet in the fight against a common (invisible) enemy.

Despite daily increasing deaths, many businesses facing the reality that they will go out of business and pretty much the whole world being on lock down the internet has exploded into life as people are finding new and creative ways to entertain themselves and everybody else.

Looking back through history although unfair to compare disaster to disaster,  the world wide unity we are witnessing today was simply not possible and was restricted to small individual communities who looked after each other and supported each other.  These communities had to rely on news coverage to see how the rest of the world were coping and pulling together through these hardships of the past.

With the birth of the internet and social media platforms this is no longer the case. Although everybody is locked away they can still reach loved ones in a variety of entertaining, creative and visual ways, as well as keeping up to date in real time of what is happening all across the globe.

In no particular order or structure this article explores the ways in which people either keep in touch digitally with each other, or how they bring a little bit of joy to the world in these bleak times through the power of technology.  There may be something that one of our readers was unaware of that might help them through or just add another vertical to their technological arsenal against boredom during the lockdown.

In addition we hope that my words will serve as a record of this devastating time so people in the future can understand that despite extreme hardship the human race with the help of ever expanding technology can get through anything if we stick together.

There are lots of apps out there that people have been using to keep in touch with each other.  Whatsapp has been around for a very long time and most people have it on their devices. COmpared to other platforms it is slightly more restrictive in terms of creativity but extremely useful for live chat and sharing images with individuals or groups.  Web Vitality decided to use Whatsapp as our communication method as we all had it already and used it regularly. It allowed us to create a specific group we could all participate in quickly in addition to video calls at the click of a button. We were not used to working from home as a business so it was important to us we could communicate quickly and efficiently so we didn’t let our client base down which made Whatsapp the logical choice for us because of its established market presence.

Another great platform because of its widespread availability not to mention Apples huge monopoly on the world.  People have been picking up their phones and Facetiming family members so they don't have to feel alone. Historically people would pick up the phone but there is nothing quite like seeing the face of the person you are speaking to and as it is readily available on every Apple device it is getting hammered by people keeping in touch with their relatives and friends.  My opinion is that it is not really any better than Whatsapp but rather it is more in your face if you are an apple user and I still think that people use Whatsapp more for instant messaging because they are unaware of the voice call and face call capabilities on Whatsapp.

Relatively new to the world but growing in popularity day by day due to its nice interface and capability to have up to eight people participating at any one time.  Not to mention the ability to host quizzes and other interactive games for everybody is House Party.

Being on lock down can get very lonely staring at the same four walls day in day out.  WIth this app there is no need to worry about not being able to go out to a party as House Party brings the party to your front room.   The app is going crazy as more and more people are hosting virtual parties every day.

The downside to the platform is that it can be abused and people can join parties quite easily and people are already reporting indecent activities going on as in adults wearing masks joining in on kids parties.  We think it's a great app but would urge parents to police it hard so that everyone can continue to benefit from it.

In addition to keeping in touch celebrities have started posting videos of themselves or live streaming their individual specialities for free to keep the world entertained (and themselves).  I think this is a really good idea and wanted to give examples of some that I have enjoyed watching myself:

Gary Barlow has started the Crooner Sessions where he is dueting with other famous artists and fans across the world.  As much as I like Gary's voice and applaud what he is doing there are some videos where, even I turn away. Not because of his voice, but at his attempt to appear cool. I do see that by me saying that I appear un cool but take a look and you will see what I am on about (cringe).

Coldplay's frontman is regularly streaming on YouTube.  Basically sitting at his piano singing to request and interacting with fans all over the world.  He has called his sessions Together At Home which is nice and an excellent way to give back. ColdPlay fans will have never had this level of access to their idol so it's a really nice touch from Chris.  No frills just him sat at his piano speaking and singing to anybody who wants to.

A blog post about celebrities live streaming just wouldn’t be complete without mentioning Joe Wicks.  Joe has taken the world by storm by putting on a live P.E session for the kids every morning. Brilliant idea.  It's hard enough keeping the kids entertained as it is but keeping them moving with the lure of constant gaming being available is another battle in itself.  Hats off to Joe for this check it out.

What we have noticed is videos going up all over Facebook and Twitter of adults and children taking part.  Joe mixes it up daily so people don’t get bored. Lets hope the lock down doesn’t go on too long though as although it's nice to see Michelles Facebook post and video “Day 4 Joe Wickes P.E Lets have it” today It will get old very quickly as its getting posted every day!

It's not just celebrities who are live streaming.  Leisure facilities are finding new innovative ways to showcase their businesses as well as educate their viewers which is great especially as homeschooling has become a hot topic since the lock down.  If you're not one of these over eager mums posting on social media (constantly) what great mums/teachers they are, these educational tours are a great alternative and a much more entertaining distraction for the kids than listening to a parent act as if they are the world's best teacher.

Chester Zoo did a virtual tour around their Zoo at scheduled times throughout the day talking their viewers through all of the different aspects of the zoo and the animals they were showcasing.

A great idea because viewers could look at what was coming up and at what time and tune in and out based on the animals that were being showcased.  I bet there were a lot of adults watching even if the kids got bored.

Local businesses have been doing their bit too.  Despite businesses being forced to close their doors to the public many of them have turned to technology to offer advice and tips to keep them fresh in their customers minds for when we come out of the other side.  We have seen some really great examples of this:

A friend of mine is a mobile barber who since the outbreak has not been able to visit clients.  Instead of moaning about it he has produced a video for everybody on how to cut hair at home (if you're brave enough)  Yet another great idea Carl.

Although food shops can stay open to the public.  Takeaways and restaurants have been forced to close.  Restaurants that have previously stayed away from the likes of Just Eat, Uber Eats, Deliveroo etc have pretty much been forced to go online to sustain some business.  This is great for the consumer as in all areas we now have a much wider choice than before. Hopefully they will continue after the Pandemic as people will probably use them more currently to break the monotony up so they may not have any choice.

Most of the big chains have always offered home deliveries but it seems that through technology smaller independent shops are now doing the same.  You can pretty much get everything you could buy from your local shops online now.

The majority of these local services are still only available through Facebook as a lot of them are completely new to online delivery technology.  On saying that though a lot have taken it upon themselves to create more sophisticated online ordering facilities which is great.

The world's economy has taken a massive hit there is no doubt about that and it will definitely get worse before it gets better but what the world's population have highlighted is that we can get through this by sticking together and each person individually doing their own bit.

The Digital World like the other industries has also taken a hit but my opinion is, that once people get used to being on lockdown (Yes that will happen) I believe that online and online technology will start to boom even more and become one of the industries that will start to thrive again first as the world reboots itself.

The lock down has proven that people can work from home when business owners previously might have thought it wasn’t possible or that it may be to difficult.  As a result I would expect this to continue even after the pandemic is over as technology in this field will surely improve over the next few weeks and months.

I would love to hear what other peoples views are on how technology will move forward during and after the Covid-19 Pandemic.

I am still working through the Covid-19 Pandemic so if you would like to discuss your online offering or what you can do to get yourself online (even just through Facebook) then I am available FREE of charge for a phone call or a virtual face to face chat through whatever platform you can access to discuss your options.. 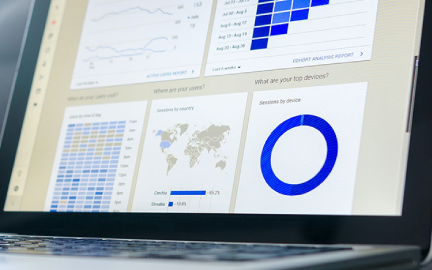 How To Apply Cart Rules & Catalog Rules In Magento 2 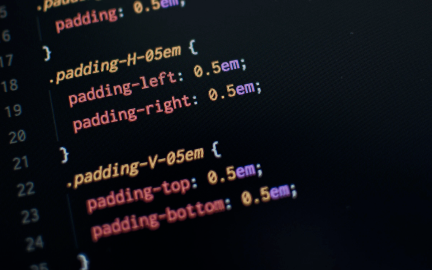 Regarding Our Phone Number

We get bombarded with phone calls from recruiters and people trying to sell us cheap energy. Taking our time away from what matters. For that reason we have reserved our phone number for our clients. Please email us instead. Cheers.